What to expect from Petrucci's World Superbike move - The Race
Skip to content
MotoGP, Motorcycle racing

MotoGP race winner Danilo Petrucci will return to world championship racing in 2023, after signing a deal to race for satellite Ducati squad Barni Racing in the World Superbike championship.

The move marks a promotion for Petrucci after spending 2022 in domestic production bike racing, finishing second in the MotoAmerica class. He also won a stage of the Dakar Rally as a rookie.

The 32-year-old has history with Barni, having raced for the Italian team in the Superstock 1000 World Cup. He finished second that year to Davide Giugliano, who was on the way to becoming a factory Ducati WSBK racer, and then moved into MotoGP with the backmarker Ioda team for 2012.

Petrucci says he can’t wait to reunite with the squad.

“I’m really pleased to be back with Barni,” he said in a team press release. 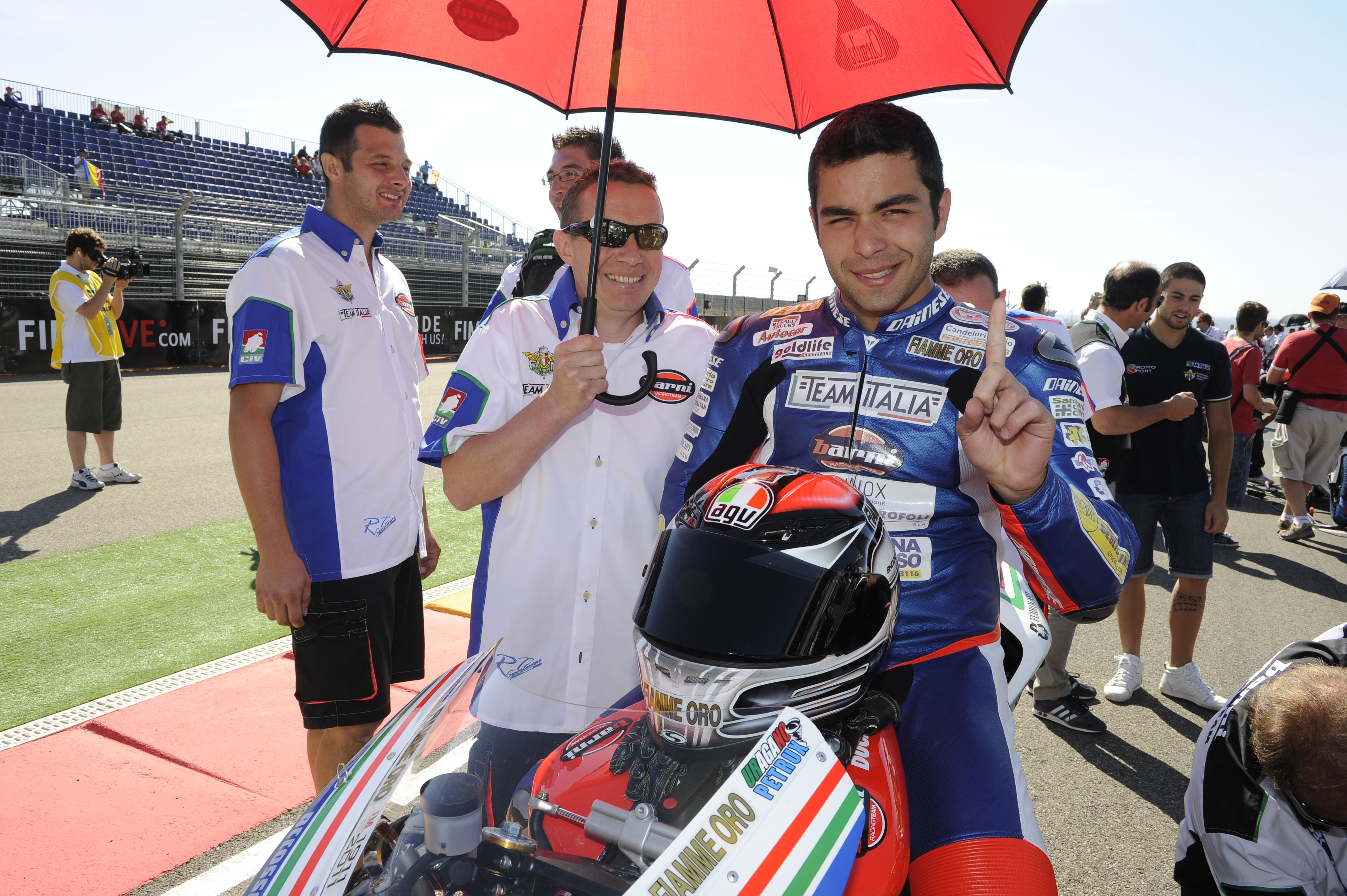 “2011 [pictured above] was one of my best ever seasons but, more importantly, I couldn’t say no to the chance to race in World Superbike with such a competitive bike.

“It’s a championship which I’ve never competed in, and I can’t wait to measure up against the competition.

“I want to thank the entire Barni team for giving me this opportunity and everybody that has contributed to making this agreement possible.” 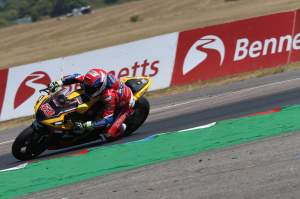 He’s not the first MotoGP refugee to end up at Barni Ducati in recent years. Tito Rabat joined the team in 2021 as part of a compensation deal from Ducati in lieu of his Avintia MotoGP contract, which was torn up to make room for Enea Bastianini – who’s now arriving in Ducati’s factory MotoGP team for 2023.

Rabat had a difficult time with the team, finishing only half of his races in the first eight rounds of the championship in the points before parting ways with Barni.

Its recent form hasn’t been much better, either, with 2022 rider Luca Bernardi also struggling to score points until he too was released with three rounds to go. 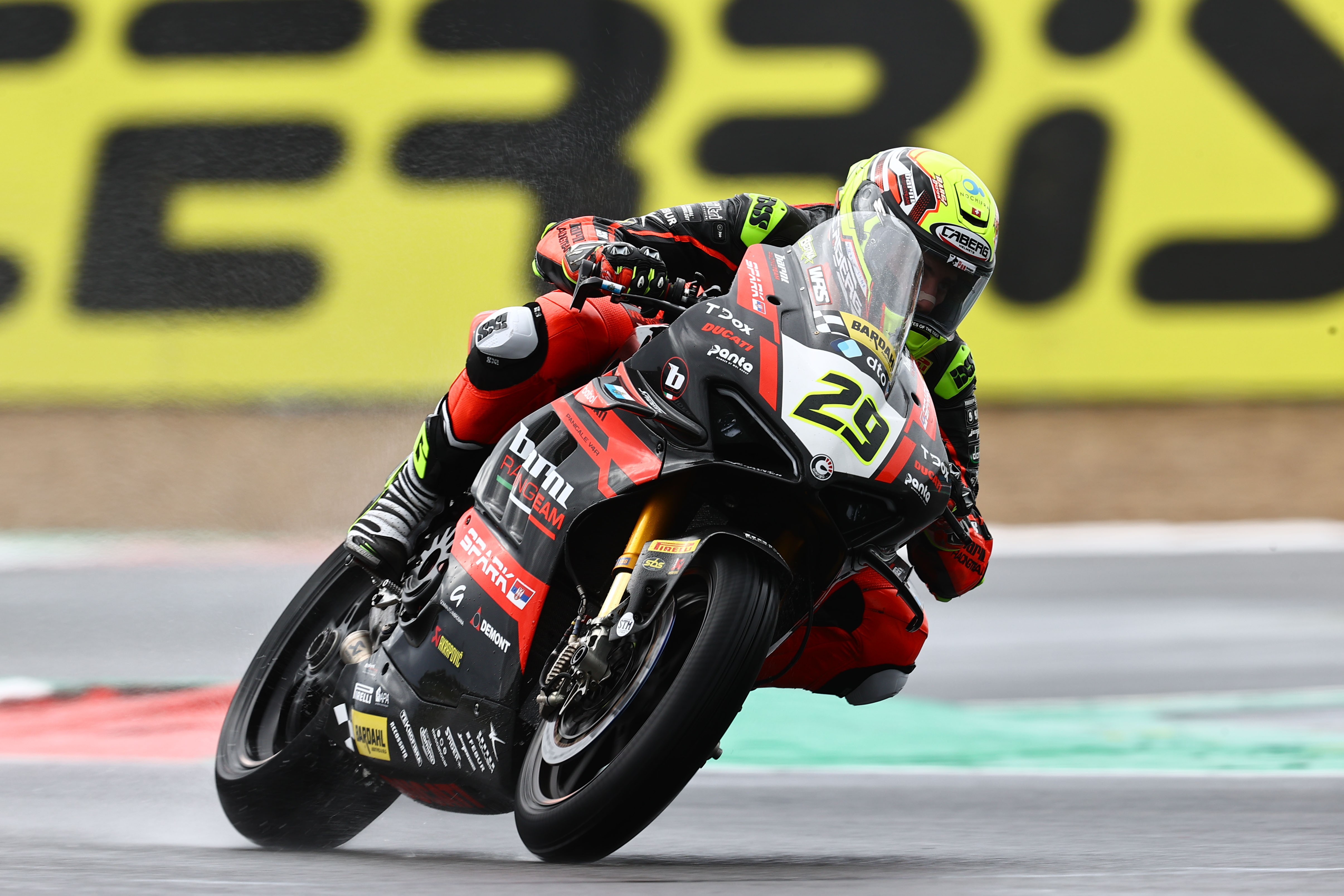 However, Petrucci comes to the series with experience of racing a V4 Panigale thanks to his year in MotoAmerica in 2022 – and with some promising signs already showing that hint at a more competitive chance than Rabat enjoyed with the team.

Speaking exclusively to The Race last month when he made a shock return to MotoGP for one race to replace the injured Joan Mir at Suzuki, Petrucci admitted that he had been somewhat riding with one hand behind his back on MotoAmerica’s control Dunlop tyres – but that he had also had the chance to sample the machine on the Pirellis that he’ll race in WSBK. 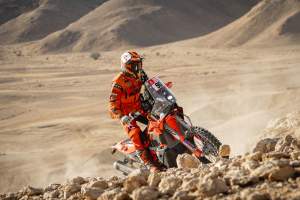 “We went in March for testing at Misano, and I was riding so slowly compared to the Pirelli guys,” he explained.

“I went back for World Ducati Week and they allowed me to test Alvaro [Bautista’s] bike with Pirellis.

“Even with Alvaro weighing 30kg less than me, I was faster in six laps than after two days.

“It was the most cruel thing racing in the USA and knowing that the potential of the bike was much more.”

And with fellow former MotoGP racer Bautista crowned the 2022 WSBK champion with Ducati’s works team only a few days ago, Petrucci has to be heading into the series with a goal in mind – even if it’s not one that he’ll be able to realise in 2023. 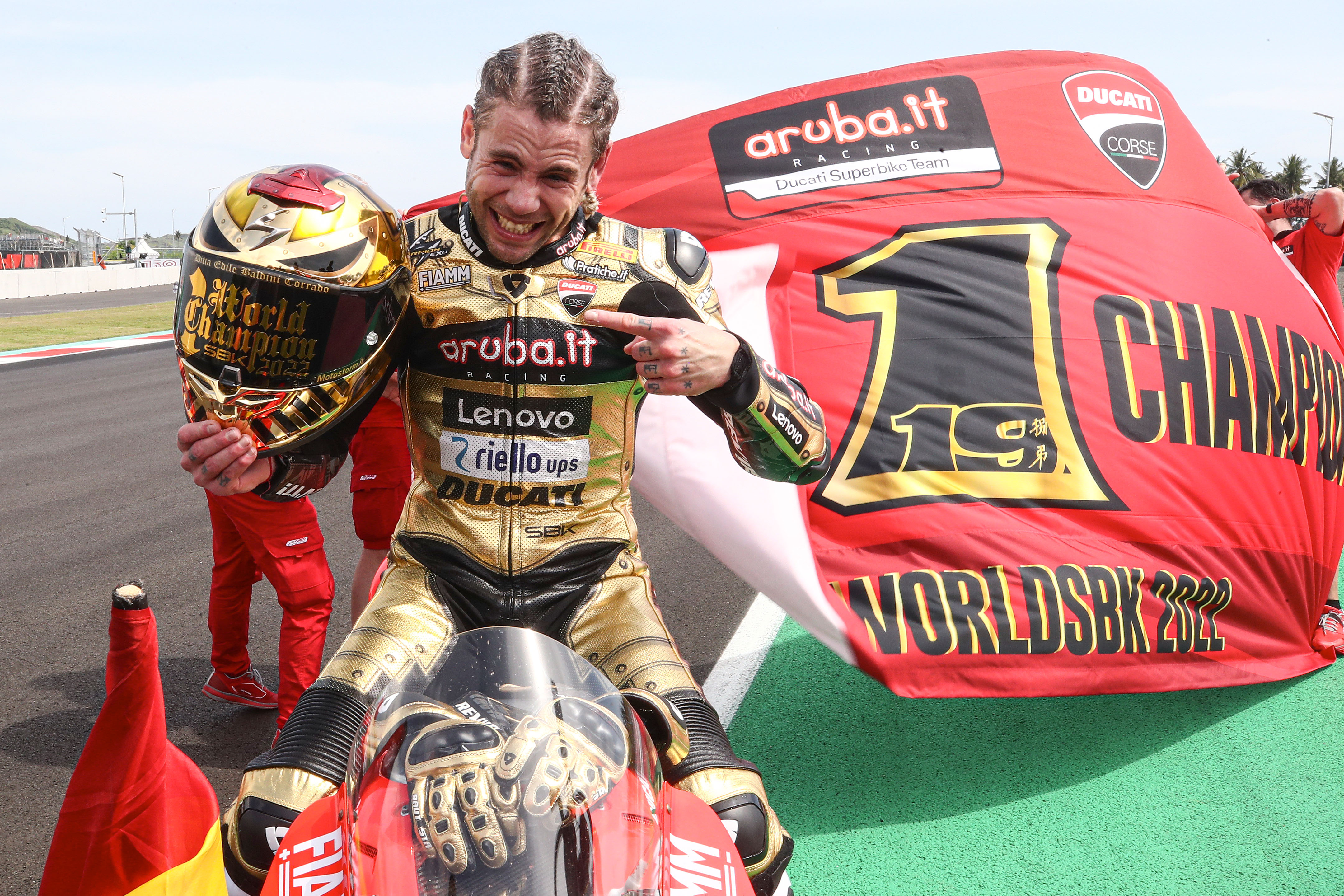 Theoretically physically more suited to superbikes than MotoGP bikes thanks to his height, having shown in his rookie runner-up year in the USA that he can be fast on a production Ducati, and with extensive knowledge of the majority of circuits on the World Superbike calendar, it shouldn’t take Petrucci long to get up to speed.

Yamaha MotoGP rider Franco Morbidelli believes his first full season in the works team had a "happy ending" - but is the damage already done for a longer-term future with the squad?