Magnussen gets Peugeot seat for its Le Mans return

Former Haas Formula 1 driver Kevin Magnussen will be part of Peugeot’s line-up for its long-awaited Le Mans 24 Hours return in 2022, with fellow ex-F1 racers Jean-Eric Vergne and Paul di Resta among his team-mates.

Magnussen made his sportscar debut in the Daytona 24 Hours last month, when he and Chip Ganassi Racing Cadillac team-mates Renger van der Zande and Scott Dixon came close to victory before a late puncture. He is contesting the full IMSA SportsCar season with Ganassi.

The Dane will be joined in the Peugeot Le Mans Hypercar (LMH) squad by Loic Duval, Gustavo Menezes and Mikkel Jensen in addition to Vergne and di Resta.

Ex-F1 test driver James Rossiter will serve as simulator and reserve driver for the project.

The Peugeot Hypercar will be introduced in 2022 for an as yet unspecified programme around its return to Le Mans, where Peugeot last raced in 2011 as a factory operation.

The new car will use a 2.6-litre V6 twin-turbo engine, which will include a 200kW front-axle MGU and will be developed at the team’s facility in Satory just south of Paris. 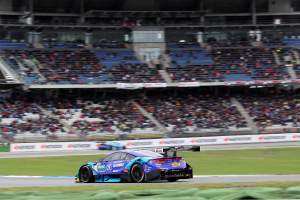 “Le Mans is the biggest endurance race in the world, it’s the race everyone wants to win, it has a lot of history and Peugeot is a big part of that history, and I hope to be able to add to that history,” Magnussen said in a video released by Peugeot.

“I’ve learned a lot, I’ve gained a lot of experience in the seven years I’ve had in F1, working with complex and advanced racecars but also being in a high-pressure environment.

“When we go to Le Mans and the World [Endurance] Championship, we’re going to face a lot of pressure and I think working in that environment is something that I’m very accustomed to. So I’m looking forward to this new chapter.

“I have high ambitions and I think, looking at the past, Peugeot have always been very successful in every motorsport programme that they’ve joined, and that matches my ambitions at Le Mans and the world championship.”

In an exclusive interview with The Race last week, Magnussen’s Ganassi IMSA team-mate van der Zande praised the attitude the Dane had shown in the early weeks of his sportscar career.

“First of all, I don’t feel I’m dealing with a superstar, but on track, he is. He is a superstar,” said van der Zande.

“So that’s all I need for my team-mate – a guy who wants to cooperate and win races together and be a superstar on the track and that’s what he’s doing.

“So I have nothing more to ask for. I don’t see any pressure from his Formula 1 past towards himself or towards our cooperation so it’s good, so far it’s very good.”

As well as Magnussen, Peugeot’s driving strength will also include drivers with past and recent experience of prototype racing. 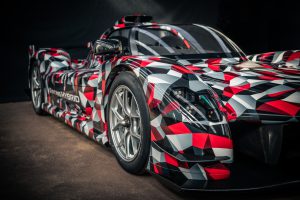 Vergne, who drives for Peugeot’s sister PSA brand – DS Automobiles in the ABB FIA Formula E World Championship, has competed at Le Mans, in the European Le Mans Series and other sporadic World Endurance Championship races since 2017 when he made his endurance racing debut with the Manor LMP2 team.

Since then he has raced with the TDS Racing run G-Drive squad where he was 2018 European Le Mans Series runner-up alongside Roman Rusinov and Andrea Pizzitola.

Di Resta has raced with the United Autosport team for the last three Le Mans, taking the LMP2 class win last September along with Phil Hanson and Filipe Albuquerque.

The ex-Force India driver was an F1 contemporary of Vergne and Magnussen’s before losing his seat in 2014 and returning to the DTM. 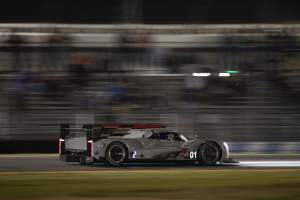 2013 Le Mans winner Duval began his endurance career as a driver with the Peugeot affiliated Team ORECA 2008 and drove the Peugeot 908 HDi FAP design in 2010 and 2011 before he was signed by Audi Sport for a four year factory driver stint in the WEC.

Menezes is the only non-European driver in the sextet. The American has recent top category experience with Rebellion Racing, having won three WEC races with the Anglo/Swiss team.

Jensen is the youngest driver selected by Peugeot and made his Le Mans debut last year alongside Vergne at G-Drive.

The Dane switched to endurance racing in 2017 after two mixed F3 campaigns. He took the 2019 ELMS LMP3 title with Eurointernational team.

Peugeot is aiming to begin testing of its new Hypercar design at the end of 2021 and has already confirmed that it will use the Ligier Automotive company as an aerodynamics partner and the Total owned Saft company for its battery tech.

Saft, which submitted a tender for the Gen2 Formula E battery supply in 2017, is developing a 900V high-density battery for the Peugeot LMH.