MotoGP has announced a five-year deal to race in Kazakhstan that will begin in 2023.

The series is due to race at the 2.793-mile, 12-corner Sokol International Racetrack that is located around 35 miles north of the country’s largest city, Almaty.

Construction work on what MotoGP describes as a “brand-new motorsport complex” began a decade ago.

Sokol is set to become the 74th venue to host a premier class race, with Kazakhstan the 30th country to host the series.

The addition of the Kazakhstan round was thought likely to be related to the delay in announcing next year’s MotoGP calendar, while series promoter Dorna negotiated its deal with Sokol.

The Sokol round is likely to take place in July, replacing the KymiRing venue that should have hosted the Finnish Grand Prix.

This year’s 20-round season is the longest in MotoGP history even without a race at KymiRing, which was due to host MotoGP for the first time in July but dropped off the calendar. 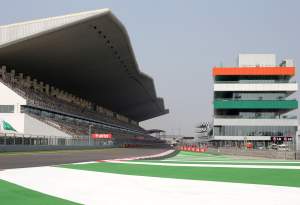 Homologation work at the circuit and the “geopolitical situation” in the region, a reference to Finland’s neighbouring country Russia invading Ukraine, were cited as the reasons for its debut being put on hold for a third time, before local media reported that the track entered bankruptcy proceedings.

As well as the Kazakhstan deal, MotoGP has recently signed a memorandum of understanding with the local government during a visit to New Delhi to race at the Buddh International Circuit.

It is thought unlikely however that the former Formula 1 venue would host a race before 2024 at the earliest.

MotoGP also announced an agreement with Saudi Arabia last month for a race to be held at a purpose-built circuit in Qiddiya, on the outskirts of capital Riyadh, in the future.

MotoGP support class Moto3 had a Kazakh rider in 2018-19. Russian-born Makar Yurchenko, who is 24, took a best race finish of seventh at the Red Bull Ring in 2019 and finished 24th in that year’s final Moto3 standings.