Russell will replace Bottas at Mercedes from 2022

Mercedes has finally confirmed that George Russell will join Lewis Hamilton on a multi-year deal from the 2022 Formula 1 season, replacing the Alfa Romeo-bound Valtteri Bottas.

The highly-rated Russell is in his third season in F1 driving with Mercedes customer Williams.

He has been a Mercedes protege since 2017 and won back-to-back titles in GP3 and Formula 2 after securing the team’s support. 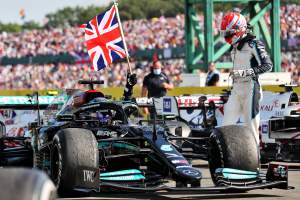 Mercedes has weighed Russell against Bottas before and previously picked the Finn because of his experience, quality and contribution to the Mercedes dynamic, while Russell’s time in F1 so far has been predominantly spent in back-of-the-grid or lower-midfield Williams machinery.

However, Russell had an unusual opportunity to race for Mercedes last year when he deputised for Hamilton – sidelined with COVID-19 – in the Sakhir Grand Prix and almost won the race.

That drive and an increasingly impressive set of performances at Williams have combined to make Russell’s case too strong for Mercedes to ignore.

“It’s a special day for me personally and professionally, but also a day of mixed emotions,” Russell said. 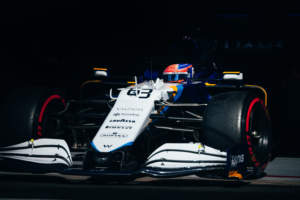 Is Mercedes swapping one ‘Mr Saturday’ for another?
Read more

“I’m excited and humbled to be joining Mercedes next year, which is a huge career step, but it also means I’ll be saying goodbye to my team-mates and friends at Williams.

“Looking ahead to next season, I’d be lying if I said I wasn’t absolutely buzzing. It’s a huge opportunity and one I want to grab with both hands. But I’m under no illusions as to the scale of the challenge; it’s going to be a steep learning curve. Valtteri has set a high bar, consistently delivering week in and week out, scoring wins, pole positions and helping win multiple championship titles.”

He scored his first points for Williams in the Hungarian Grand Prix, the final race before F1’s summer shutdown – which had been outlined by Mercedes boss Toto Wolff as the window to make the decision on its 2022 line-up.

Russell followed that up with a first F1 podium after he qualified second for a Belgian GP that never really started.

With Hamilton signed to the team for the next two seasons but approaching the end of his F1 career, Mercedes likely needed to act on promoting Russell to ensure a long-term succession plan.

Will there be Hamilton/Russell friction? Mark Hughes’ verdict
Read more

Bottas has been a dutiful wingman for Hamilton but has not shown the necessary qualities to be the team’s leader when Hamilton does retire, whereas Russell is considered a future world champion.

Bottas announced he’ll join Alfa Romeo on a multi-year deal from 2022 onwards on the Monday following the Dutch Grand Prix, paving the way for Mercedes to reveal Russell as his replacement.

Plucked from Williams ahead of the 2017 season to replace 2016 world champion Nico Rosberg after his shock retirement, Bottas has used his unexpected Mercedes chance to become a multiple grand prix winner.

Bottas has scored nine victories with the team and 17 pole positions, and finished runner-up to Hamilton in the championship in 2019 and 2020.

But he has struggled in 2021 with only one pole position and no victories as Mercedes has come under greater attack from Red Bull, and has only just overhauled Lando Norris for third place in the drivers’ championship after the Dutch GP.