The Haas Formula 1 team has committed to a season launch date for the 2023 campaign, effectively completing the launch calendar.

The American team heads into the season, its eighth in grand prix racing, with a new title sponsor in MoneyGram and a revised driver line-up of Kevin Magnussen and Nico Hulkenberg.

The Haas VF-23 will debut its colours in what it has acknowledged is a livery launch only on January 31, with the team having promised a “rebranded livery” when it originally announced its MoneyGram partnership. 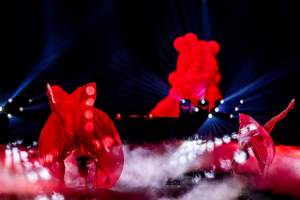 Everything we know about 2023 F1 car launches
Read more

The announcement completes the full set of a launch season that will kick off with Haas, follow up on February 3 with Red Bull’s RB19 launch in New York and run up to February 16 with Alpine’s 10th and final launch event.

Of course, many of the actual 2023 cars – rather than ‘show cars’ or simple livery reveals – will only make their proper appearance closer to, or even right before the February 23 start of, pre-season testing in Bahrain.

The Haas livery unveiling is scheduled for 2pm GMT next Tuesday.

In addition to Magnussen and Hulkenberg, the team recently confirmed it has retained two-time F1 grand prix starter Pietro Fittipaldi in a reserve role – with the Miami-born Brazilian eligible to drive the VF-23 in the two practice session each team is required to make available to rookies.